For asking the well being and sake of conversation with Wing commander Abhinandan, Defence minister Nirmala Sitharaman visited the hospital room where the Abhinandan was kept on Saturday.

Initiation of Incidents:  It all started on February 14 when vehicle-borne with a suicide bomber at lethopara in the Pulwama district attacked the convoy of vehicles carrying security personnel on the Jammu Srinagar national highway. This attack resulted in the deaths of 40 Central Reserve Police Force personnel and attacker himself. The responsibility of the whole attack was claimed by the Pakistan based Islamist militant group Jaish-e- Mohammed. The Suicide bomber was identified as Adil Ahmad Dar who was a local resident and was said of only 19 years of age.

On Tuesday Indian air force has attacked the Jaish-e-Mohammed terror training Camp in Pakistan early morning according to the plan terming this as a non-military pre-emptive strike which was based on the information given by the intelligence that another group of militants were trained and planning for an attack in India. The place targeted during the attack was Balakot Training Camp at Khyber Pakhtunkhwa province, beyond Pakistan Occupied Kashmir. This air strike attack was also in response to Pulwama terror attack done by Jaish-e-Mohammed. This air strike eliminated many terrorists, trainers, senior commanders and group of jihadis which were present there. 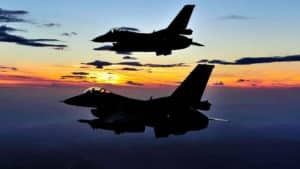 On Wednesday Pakistani air force aircraft violated the Indian air space in Jammu and Kashmir state and attempted air strikes in the uninhabited areas near military installations. During the process of thwarting the Pakistan Air force Intrusion, Indian Air force has lost its Fighter aircraft Mig-21 Bison and its pilot Wing Commander Abhinandan Varthaman was captured by Pakistan’s army after his eject from the plane across the Line of control after bringing down Pakistani F-16 aircraft.

There was a lot of tensions created near borders after this incident which included the ceasefire violations and high alert in areas near Pakistan. Airport service in Punjab’s Amritsar and Chandigarh were temporarily stopped. Few videos were released by Pakistan regarding the capture of Indian Air Force pilot Showing his covered face. Pakistan’s Prime Minister Imran Khan released video mentioning about peace and captivity of Indian Pilot.He mentioned about various past wars and their effects in years. He wanted to solve the problem by discussions peacefully. He added that we will not sit ideally if attacked by Indian Defence personnel.

The release of Wing Commander

During the parliament sessions of Pakistan it was decided that they will release the Indian Pilot Wing Commander Abhinandan Varthaman as a peace gesture to India. The Indian government was also expecting the same according to Geneva regulations that were inked by Pakistan long back ago. During the stay at Pakistan, there were few videos released by Pakistan showing Wing commander conversating with their people and mentioning that he is all okay and good hospitality was provided to him after he was saved from the local people who went physical with him. In videos, Wing commander was seen okay and no physical wounds were seen except the swollen face which was the result of the attack by local people. He was given necessary first aid by Pakistan’s Army.

On Friday in late evening Wing, Commander Abhinandan Varthaman was handed over to Indian Officials after the document work by Pakistan via Wagah Attari Border near Amritsar. There the Air force officers took him to the Amritsar airbase and finally to the Delhi where he was admitted to the Army’s Research and Referral hospital for various medical tests and treatments. The process is called the cool down process.

Visit of Defence Minister in Hospital: Defence Minister Nirmal Sitharaman visited the Hospital where Wing Commander Abhinandan Varthaman was undergoing the tests and treatments. Madam told Abhinandan that whole nation is proud of his determination and courage. Wing commander told defence minister about mental trauma he was subjected to during his 60 hours stay in Pakistan. Despite that harassment, he is high in spirit and remains mentally strong.Wing commander told that though there was mental trauma that he suffered there rather there was no physically tortured during his captive in Pakistan. He is getting his further treatment at the hospital and the process called Cooling down in army terms.