Recently there were new laws and rules which will take in effect from January 1, 2019, in New York City. There was a long wait for the ban of various foam products which was included in the new laws.

Foam and Related Products: Foam is in use for packaging of food items which includes various cups, bowls, trays, plates,and containers. Foam is not biodegradable and puts a harmful effect on the environment. Foam is also difficult to recycle. The further business of foam will be stopped but the overnight stoppage in the usage of foam will not take place. The warnings will be continued till July 1.

Minimum Wage: Minimum wage was the problem from long ago. According to new rules, the company with a minimum of 10 workers will give minimum wage of $15 per hour which was earlier $2 per hour. Employees at smaller companies will git rise of about $13.50 from $1.50. This is a great change in wages. 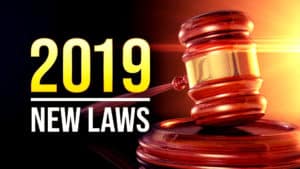 Paid family leave:According to the New York state paid family leaves act signed in 2016, workers will get 10 weeks paid leave for caring the newborn, adopted or fostered child, to care for family members with serious health conditions or to other issues related to the deployment of a family member in the military.

Cigarettes: Pharmacies around the city will not be allowed to the tobacco-related products. According to the deputy mayor of health and human services pharmacies are meant to save life not to degrade the life so instead, it will help smokers to quit rather sell tobacco products to the people. From this action, it is estimated that about 500 pharmacies which used to sell the tobacco and related products will be affected.