Kadar Khan was afghan born Indian actor, comedian, screenwriter,and director. Kadar Khan was an Indian Muslim who also took the Canadian citizenship. Kadar Khan appeared in about 300 Indian movies. He was mainly famous for his comedian movies which were hit at that time. Even today his role in the movies is appreciated. 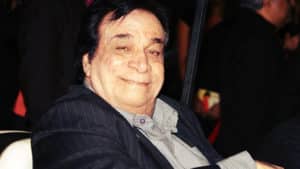 Kadar Khan underwent knee surgery in 2017 which went wrong and he was unable to stand and walk. He suffered from progressive supranuclear palsy (PSP), this is a degenerative disease that causes the loss of balance. He was in Canadian hospital from last 16-17 weeks, on complaining of breathlessness he was put on a BiPAP ventilator. From many days he was not able to talk which were the sign of pneumonia. Finally, on 31 December he passed away after a long struggle at the hospital. His last rites were performed on Tuesday in Canada.

Various actors from Bollywood paid tribute on his death few of which are mentioned below:

Amitabh Bachchan: Amitabh paid tribute to actor Kadar Khan and said that he was a brilliant stage artist, most compassionate and accomplishing talent on films. Few of my hit movies were written by Kadar Khan.

Raveena Tandon: She was upset about his sudden demise and remembers her good time with Kadar Khan. She remembered the movie Duljhe Raja and said that Kadar Khan played a role of his father in that movie. In reality, also, he was a fatherly figure to me in the industry.