Here are some Newly Launched and Upcoming cars in 2019 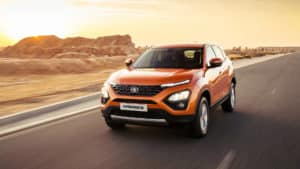 One of the most awaited car launches of 2019 is the TATA Harrier and is a product which is likely to give Tata Motors a stronghold in the mid-size SUV segment. In terms of the design production version of the Harrier stands true to the H5X concept. The new OMEGA platform underpins the Tata Harrier and that is based on Land Rover’s D8 Architecture and debuts Tata’s new IMPACT 2.0 design philosophy. The Harrier looks classy by the new design language. If you look at the interior there is plenty of space which is quite apparent from its dimensions. Moreover, it is well equipped with features like an 8.8-inch floating touchscreen which is equipped with Apple CarPlay and Android Auto, terrain drive modes, ESP, anti-roll stability and more. If you talk about the engine Harrier gets a Fiat-sourced 2.0-liter, a four-Cylinder engine which Tata Motors has rebadged as Kryotec. The price of the Harrier is expected between 12 Lakh and Rs 16 lakh (ex-showroom). 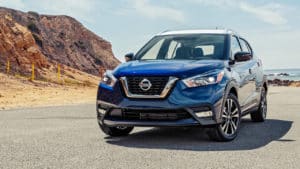 The India-spec Nissan Kicks is different in the terms of dimensions and features than the global model which is larger than others. The new Nissan Kicks is based on the same MO platform and it shares its underpinnings with the Renault Captur. Talking about the design, the Kicks is more like a crossover with angular proportions and liking it is a matter of preference, the interior is much better than Hyundai Creta which is its core competitor. The cabin is finished with materials and gets a fair dose of equipment like a 7.0-inch touchscreen with Apple CarPlay and Android Auto compatibility, 360-degree camera assist which is a segment first feature and more. The Nissan Kicks will be performed by the same 1.5-liter petrol and diesel engines same as in the Renault Captur. Nissan Kicks expected the price will be between 10 lakh and 16 lakh (ex-showroom).

Based on the TNGA platform the 2018 Toyota Camry Hybrid will be the latest model though it retains plenty of design cues from the outgoing model. In India, the eighth-generation Toyota Camry Hybrid has been spotted several times. If you look under the hood you will find a 2.5-liter petrol engine on the standard version, while the Hybrid model will continue to use the 2.5-liter petrol with Atkinson cycle engine, paired to an electric motor in Toyota Camry. The US model will get the 3.5-liter V6 petrol motor, but unfortunately, it won’t be available in India. In Indian currency, it is expected to be priced over 35 lakh. 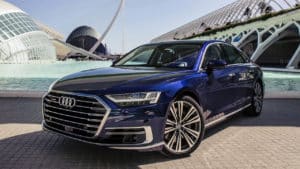 In every aspect, the Audi A8 has been updated and it is equipped with some of the highly advanced technologies. Audi A8 will be available in India in the middle of 2019. In essence, it still looks very Audi but this one is having more shredded muscles. It’s 32mm longer and 13 mm taller than the model it replaces and also weighs 100 kg more. The cabin has been ubiquitously updated and of course, the dual-touchscreens remain the highlight. The active AI suspension and the mechanicals are very advanced and now they lift up to 40 mm when they sense any side impact and moreover adjust their height and stiffness detecting the tarmac ahead. Driver assist features like traffic jam pilot, parking pilot and more 40 feature you will get in this car. In India, all the three engine options globally – 3.0-litre V6 petrol, a 3.0-litre V6 diesel and 4.0-liter V8 petrol will be available. 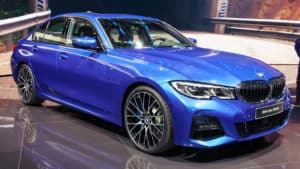 The new BMW 3-Series looks sharper and in-line. It is also a very crucial product for BMW as it introduces many to the family. It has also grown in dimensions- 76 mm in length, 16 mm in width and 1 mm in length. The cabin is upgraded than its predecessor and they made sure that it won’t give us any reason to complain. A big 12.3-inch screen has taken the center stage and it is connected to the latest iDrive 7.0, the layout is very clean with fewer buttons. Speaking of iDrive, the new 3-Series is a step-ahead than the competitors as the feature list is extensive and it gets a very cool “Siri” like voice-command system which you can also give your personal name. In the new BMW 3-Series, there will be a 2.0-liter petrol motor and a 2.0-liter diesel engine on offer.