The name every individual wants to be associated with these days is Abhinandan Varthaman. A national hero, a brave son of soil of India, everyone is over proud of this man. He deserves all the praise he is getting and countrymen can’t thank him enough.  The IAF hero is a true example of courage, dignity, and grit. Such is his presence of mind, that before strapping himself with the parachute, he swallowed some of the documents. His every action depicted that his service towards country was always first. 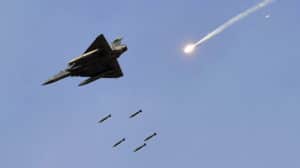 Abhinandan had a hero’s welcome on 1st March, after being in captivity of Pakistan for two days. On 26th wee hours of morning, IAF had struck Jaish-e-Mohammed and destroyed the terror camp. The area was Balakot region of Pakistan. On its retaliation, Pakistan had sent its war planes to bomb the military installations in India.  Vardhaman’s jet was one of the fighter planes that made the Pakistani p0lanes to hasten back. In this clash, Abhinandan’s jet crashed and he was captured by Pakistani army. Varthaman was taken in custody by Pakistan on 27th February. Abhinandan was one of the pilots of the aircrafts, which sped across the LOC on 27th February morning. He was first captured by Pakistani mob, before being handed over to the Pakistani Army. When Abhinandan realized that he was in the neighboring country, and amidst their mob, he tried to scare them of, by discharging his pistol in the air. He was held by three civilians, in Horan village, 7 km from the LOC in the Bhimber district of PoK. He was shot at his leg, by one of the civilians. Later, Pakistani Army arrived at the spot, and took him in custody.

Abhinandan was taken in a military jeep to Muzaffarabad, the Bhimber military headquarters.  Some of the hysterical civilians showered rose petals on the Pakistani Army personnel for capturing the Indian pilot. Pakistani Army shot several videos of Vardhaman, parading him to pacify the Indian citizens and jihadi terrorists. This incident drew international criticism from various sectors and forced Pakistan to revisit the Geneva conventions on peace of war.

Kashmir and its youth welcomed Abhinandan with open hands and said they are very happy that Wing commander Abhinandan Varthaman is returning. There were other Kashmiri youths, who backed the peace process, and said it was very important step in initiating dialogue between India and Pakistan. From university students, to shopkeepers, all brackets of Kashmiri youth welcome the IAF hero. Some of the Kashmiri youth believed that India and Pakistan should have peace talk for change. They back the peace process. 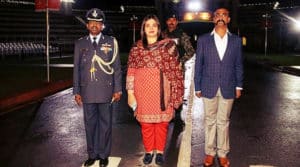 On 1st March, Pakistani officials had brought the IAF hero to the Wagah border, escorted by military vehicleswith soldiers and weapons withdrawn. A large number of people gathered at the border, to witness the return of the hero. There were celebrations in full swing at the Attari-Wagah border to welcome the Wing Commander. People from all section of life, took to the social media for praising Abhinandan, welcoming him and praising his heroic deed. From PM Modi to Congress President, everyone welcomed the IAF Hero. At the background of these events though, heavy shelling continued from Pakistan side targeting the civilians in the Poonch area.

A top IAF officer said on Friday, that they were happy to have Abhinandan back.  Air Vice Chief Marshal addressed the press by saying that the IAF officer would be taken for a detailed medical examination test, as he was subjected to much stress in the past days. On the other side, Pakistan’s Foreign Officer described Abhinandan as a “Prisoner of War” He further added, Abhinandan was treated with dignity and in line, as per International Law.

As Abhinandan stepped in his country, the most relieved were his family members among others. It is yet to be seen that, how the dialogue between India and Pakistan manifolds. The Kashmiri youth backing the peace process have a larger role in future also. As per Vardhaman and many of the sung/unsung heroes of the wars are concerned, it would be another day when they get up, pack their bags and go for duty.