The founder of Jet Airways Mr. Naresh Goyal resigned from the company. Rs 1500 crore is pervaded by the bank to rescue the entire airline. After the resignation of Mr. Naresh Goyal, the stock of Jet Airways increases up to 15 percent. Since January 14 it is the biggest profit for the company. On Monday a board meeting was held on and after the meeting, the founder of Jet Airways and his wife Anita Goyal had resigned officially from this company. The chief executive officer of this airlines Vinay Dube was present in this meeting and he continues as CEO of this company and maintains his responsibility. The prime task of him is to guide the airlines and rescue from the crisis situation.

The stock exchange was informed by the members of the Jet Airways that Mr. Naresh Goyal and his wife Mrs. Anita Goyal, the promoters of this company resigned from this company. Besides them, one nominee also resigned from the board of these airlines, The nominee was from Etihad Airways PJSC. After the meeting, the statement has come out. In the statement, Mr. Naresh Goyal and Mrs. Anita Goyal and Kevin Knight have resigned from the company as the directors of the company and induced two nominee directors as a lender. The chairman finally took the decision of resignation due to heavy economic fall. 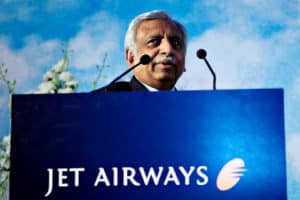 Many lenders who are associated with this company, gather funds up to Rs. 1500 crore immediately for the company. It is clear that the immediate funding by the lenders helped to remove from this situation. Immediate funding works as a appropriate debt instrument against the security of the assets which was stored during the debt. This funding helped this company to restore from normalcy to company level operations. Now the profit margin is increased up to 15 percent after this deposition of money. After his resignation, this is the largest gain for this airline company. Many experts suggest that these airlines company needs a continuous and swift infusion of the capitals to fulfill its operational costs.

The Top Features and Benefits of a Demat Account