A minister in the Congress Party government, which is led by PV Narashima Rao, named Sukh Ram has rejoined Congress on Monday, 25th March, with his grandson Aashray Sharma. Sukh Ram was expelled after a huge corruption case.

Dated back to 2011 to 2015, Sukh Ram, who is now 91 years old and is a former telecom minister, was indicted after the Central Bureau had seized Rs. 3.6 crores from his official residence. Now, he has rejoined Congress in the wake of spending all his political life to Congress and thus reverting back to it. In the function, Senior Congress leader Randeep Singh Surjerwala, as well as Himachal Pradesh’s unit in-charge Rajini Patil, were all present.

Sukh Ram’s conviction, however, was over a different case – fraud in the purchase of various telecom-related hardware. Also, he was convicted for amassing assets disproportionate to his income. The former minister has appealed in the Supreme Court, where the case is pending.

“When I joined BJP, the party got 44 seats out of 68 in the assembly elections (in Himachal Pradesh),” Sukh Ram said. 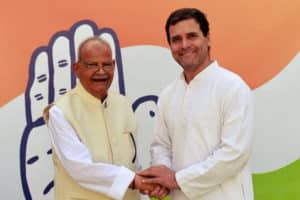 Sukh Ram was expelled from the Congress after Sukh Ram’s name surfaced in the Telecom scam. He then formed Himachal Vikas Congress (HVC) which entered into a post-poll alliance with BJP as well as joined the government.

Before the 2004 Lok Sabha polls, he rejoined the Congress. But in 2017, he quit again and instead joined the BJP. From 1962 to 1984, he was a lawmaker from Mandi in Himachal Pradesh. He wields influence in that area.

In 1993, Sukh Ram’s son Anil Sharma won the Mandi assembly seat. Anil Sharma had joined the BJP as a part of Virbhadra Singh-led Congress government in the state,  before the last assembly elections in 2017. Now, he is a cabinet minister in the Jai Ram Thakur-led BJP government in Himachal Pradesh.

It is reported that Sukh ram’s grandson, Aashray Sharma is also seeking contest from Mandi parliamentary seat which is the home district of the Chief Minister, Jai Ram Thakur.

Why Does Variety Matter When We Buy e-Liquids?

How to Find The Right Indoor Bike Rack for Yourself?