On Monday, March 25, in New Delhi, a body of a 33-year-old man has been found in the basement of the Metro Bhavan. Police said that the deceased was identified as Mahesh Prajapati who was an employee of Delhi Metro Rail Corporation (DMRC). The man was a native of Uttar Pradesh’s Varanasi and was residing in Govindpuri area of Delhi.

Mahesh Prajapati was working as a maintenance fitter with the DMRC or Delhi Metro Rail Corporation since 2017. According to DCP Madhur Verma, Mahesh was suffering from depression for quite some time which was followed after a dispute and argument with his wife. Prajapati got married to Priya Verma on 15 of December of last year and ever since then they were having a dispute. Exactly after a month after tying the knot, on January 15th, she left him.

According to a DMRC spokesperson, Prajapati was found dead by a security guard in the basement of the Metro Bhavan near the stairs which connected all the floors of the Delhi Metro Rail Corporation corporate office on Monday morning. No suicide note was found around the body. The police were immediately informed about the matter and thereafter the body was taken for postmortem. The matter is being further investigated as reportedly the crime team of the police has visited the suicide spot. 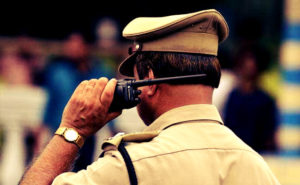 Apparently, the incident of Prajapati suiciding might have taken place on the evening of Friday, 22nd March, when the office was already closed or while it was closing for the weekend. The body was only noticed as well as reported when the office reopened on Monday morning. The Delhi Metro Rail Corporation (DMRC) is already taking up the matter with the security agency that is responsible for the security of the Metro Bhawan and questioning as to how they could not even detect that there was a body earlier and is ensuring that all the other areas are sanitized properly in the future.

According to footage on CCTV, Mahesh Prajapati was last seen on March 22nd moving towards the stairs of the seventh floor of the Metro Bhawan and thus it is predicted that the suicide occurred on Friday itself. According to Madhur Verma, Deputy Commissioner of Police (New Delhi), a report of a missing person was filed in Barakhamba Road police station on the very next day.