Indian pacer, Mohammad Shami has been charged sheeted by Kolkata police under IPC 498A and 354A for dowry harassment and sexual harassment. The Kolkata police had submitted the required documents before the Alipore police court. Mohammad Shami’s wife Hasim Jahan had a filed a petition with the Alipore court, earlier mentioning the domestic violence she has gone through. She has also demanded Rupees 7 lakh per month from him for the maintenance of her family. The Alipore court had accepted the plea for the money and allocated Rupees 80000 for her daughter.

On 14th March 2019 Thursday, a charge sheet was filed on Hasin Jahan’s complaint about domestic violence and torture subjected on her by Shami and his other family members.

Mohamed Shami an Indian fast bowler had most lately appeared for the national team in the fifth and deciding one- day international game against Australia in New Delhi. He had made his ODI debut against Pakistan in January 2013. 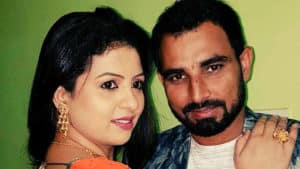 An FIR was lodged against Mohammad Shami and his family on 9th March 2018, by his wife. He was also charged for attempted murder, rape and adultery as claimed by his wife, Hasin Jahan. Not only on his personal life, but his wife had also made allegations of match-fixing against him.

However, after being withheld from the national contracts list by the Board of Control for Cricket in India, he was cleared on 22nd March 2018 by the Anti-corruption unit.

He had a long-standing case with his wife after she had come out with screenshots of his alleged affair on social networking sites. However, the accused that it was all a conspiracy to ruin his cricket carrier.

LATEST UPDATES ON THE CASE