Deepika Padukone unveiled her wax statue at Madame Tussauds Wax Museum London on Thursday, 14th March 2019 in the presence of her husband Ranveer Singh and both of their parents. Earlier on Wednesday the couple had left for England, for the unveiling.

Deepika Padukone had met the team of artists in July 2018 and had made an announcement of the wax statue in the same month. According to her, she had first visited the museum as a child along with her parents and she was “Very, very excited” on receiving a call to have her own statue created and exhibited at the famous and iconic museum which hosts the statue of some of the most famous people to ever live. Later in August 2018, she posted a picture of the Madame Tussauds team who was assigned to create her statue. Reportedly, almost 200 pictures and measurements were taken to create an almost similar statue of her. The statue is based on her look in IIFA 2016.

The actress sent live on Instagram and gave sneak peaks of the unveiling ceremony to her fans and showed how the statue looks like. During the Instagram live of the actress, her husband Ranveer Singh could be heard playfully asking whether he can take the statue back home with him. 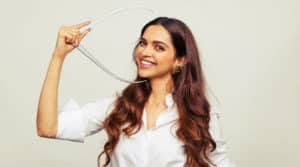 It became difficult to decide who was more smitten by the statue, Deepika Padukone herself or her husband Ranveer Singh who was seen constantly admiring the statue with a look of pride in his eyes. The 33 year old actress was also reported to be saying that she was very delighted and the meeting with the expert team was quite a wonderful and special experience, in an interview.

Other statues of Bollywood celebrities

Having a wax statue at Madame Tussauds Wax Museum London is nothing less than an accomplishment. It becomes a stamp of honour and success for a long time to come.

There are other wax statues of Bollywood actors including Shah Rukh Khan, Amitabh Bacchan, Salman Khan and Aishwarya Rai Bacchan among others.