The next segment in target for Mukesh ambanis reliance to disrupt seems to be Fintech, after the first segment of Payment banks. With over 200 million subscriber Base, next for jio is the merchant Base through the point of sales (pos) segment. In fact if industry sources are reliable enough, then jio already has succeeded in launching its pos services in a pilot basis in 6 different cities including Mumbai, bangalore, hyderabad, chennai, pune, Kolkata.

Jio has partnered with Hindustan Unilever Limited for creating these POS devices, and every HUL distribution person will be incentivized for every merchant lead. 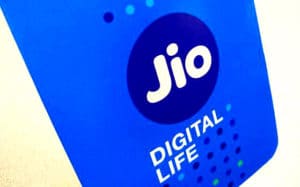 Reliance’s POS will be an online to offline approach following the footsteps of giant E-Commerce merchant Alibaba in China, further replicated by Paytm in India.

Jio’s Competition will not only be restricted to fintech companies but will extends to top banks as well, who dominate the POS market with about 70% share. Also in the competition are niche VC funded POS players like MSwipe, Pine Labs, ezetab, phone pe.

With over 300 million smartphone users and 100 million Debit Card and Credit Card users in the country right now, the total number of POS terminals and POS transactions through debit cards and credit cards is only increasing drastically. The substantial growth in The E-Commerce sectors and the government promoting digital payments, the pos sector is set to grow profitably.

Jio’s launch of its payment banks along with India’s largest bank, the State Bank of India being the first huge move and now the second being the one with the pos services, jio is yet to become an even bigger typhoon in financial services in the country.