The rate of interest on provident fundraised to 8.65%. It is beneficial for the public of our nation. On Thursday, an interest rate of PF deposits hiked up to 8.65%, announced by retirement fund body EPFO to its six crore subscribers for the fiscal year 2018-19. In earlier time a source had said that the declaration of the hike of interest rate for this fiscal year was the main agenda of the meeting of the trustees of the Employees Provident Fund Organisation (EPFO). The meeting was held on 21st February 2019.

The PF interest rate for the fiscal year 2017-2018 was 8.55% which is quite less than this year. Labour Minister Santosh Gangwar of our country said that the meeting regarding this matter was held in Delhi. A higher interest rate on provident fund is given to all the subscribers. He also said that all the members of the Central Board of Trustees (CBT) of Employees Provident Fund Organisation gave the same opinion on this matter. After the meeting of Central Board of Trustees, the proposal will send to the Finance Ministry for the final approval, Labour Minister Santosh Gangwar said. In the upcoming general election point of view, many predictors assumed earlier that the interest rate of EPF deposits became higher than 8.55% for this fiscal year. 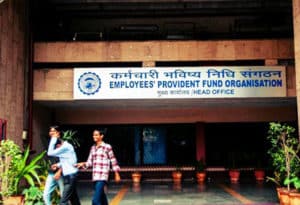 The prime decision was taken by the body of Central Board of Trustees, which was led by Santosh Gangwar, Labour Minister. They decided to prepare a body of the Employees Provident Fund Organisation. They fix the interest rates on the deposits of PF for this year. After the approval of the proposal by the Central Board of Trustees, the proposal would go to the department of Finance Ministry for the ultimate implementation. If the proposal will be approved by the finance ministry, the interest rates are deposited into the account of the Provident Fundholders.