According to the sources, we found that Prime Minister Narendra Modi on Thursday, March 6 has therefore unveiled the new series of visually impaired friendly coins. These coins are in the denomination of Rs 1, Rs 2, Rs 5, Rs 10, and Rs 20.

Even according to some official release, various new features had been incorporated in the new series friendly coins unveiled for the visually impaired. Sources mentioned that the size and weight of the coin increases from the lower to higher denominations. The newly launched Rs 20 coin has therefore been created in the shape of a 12-edge polygon with the designs of grain to denote the dominance of our nation and while the other coins are round in shape. 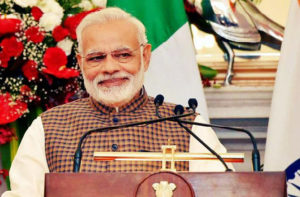 Besides as per the coinage Act, 1906, , the government of India has the sole right to mint the coins. Apart from this, the designing and minting of the coins in different denominations is also the responsibility of the government. And the denominations will therefore be written in Hindi script. Even it will also have an inscription of the Lion Capital from the Ashoka Pillar with the sign “Satyamev Jayate” below it. On the left side of the symbol, the word “Bharat” will be printed in both Hindi and English languages.

Coins will therefore be minted at the four Indian government mints situated at Mumbai, Alipore (Kolkata), Cherlapally (Hyderabad), and Noida (UP) which will only be issued for circulation only through the Reserve Bank of India in terms of the RBI Act.