A new gesture-based navigation system was introduced by Android 9 Pie. This facility is available on to Android devices. A pill-shaped icon is used by this operative system. This icon will perform a various activity like access to the multitasking window, app drawer opening, and back button to reach home. After the interaction of the new features of the Android Q operating system in the market, the newly launched features are twitched by Google a bit and make this incident smooth.

Google already did the experiment to include two new facilities in android 10. The feature connected with the ditching back button permanently. The operating system which is used by Google had 3 buttons before launching the Android 9 Pie that is a Home button, Back button, and a recent tab. While Home and Recent buttons in Android 9 are combined by Google. This features captured the bach button tab. When it is required it would appear silently on the screen. This report is given by XDA developers.

So, some changes are required for the upcoming Android Q. Google is trying to tweak the new gesture-based back button system completely. The swiping facility was in the left of the screen to going back in the early Android Q. 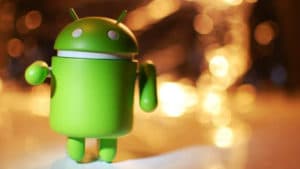 Another change was the company wanted to incorporate animations in Android Q. Swiping facility was on the right side which took to reach the recent tabs. This type of swiping brought users from the current app to the previous app. This facility was quite similar to the card like transition and the feature was quite similar to the iOS 12. To reach the last app they continue swipe. Continue swiping may enable the users to surf the apps which are running their Android phone.

In spite of getting a smoother gesture, Android Q is also getting a better privacy setting and system-wide dark mode. The newly launched features maintain to restrict the apps as well as the device location when it is not used. Moreover, Google redecorates the permission pages in Android Q. This facility may easier and beneficial for the users.