CBI chief Alok Verma today returned to his office in Delhi for the first time in three months, a day after he was reinstated by the Supreme Court, which scrapped an October government order divesting him of his powers and sending him on leave. He was received by M Nageswara Rao, who had been appointed interim chief in his place.

Alok Verma’s 10th-floor office at the CBI headquarters had been sealed after he was sent on compulsory leave around 2 am on October 24 and replaced by Nageswar Rao, an additional director.

While restoring him, the Supreme Court said Mr. Verma cannot take any major policy decisions until a high-powered select committee comprising the Prime Minister, the Leader of Opposition and the Chief Justice of India meet and decide on his status. The committee has to give its report within a week.

Sources say Mr Verma can still file First Information Report (FIRs) and sign off on transfers; they argue that interim chief Nageswara Rao also discharged these functions after being ordered by the top court to steer clear of. major policy decisions.

Alok Verma had challenged the government’s October 23 order arguing that the CBI chief has a fixed two-year term and can be removed only by the high-powered committee. 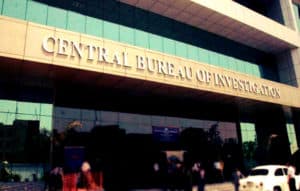 The top court’s ruling was perceived as a huge setback for the BJP-led government, which has been accused by the opposition of manipulating the CBI and misusing it to target rivals.

Mr. Verma and his deputy Rakesh Asthana, the CBI’s top two officers, were both sent on leave in October as they swapped charges and accused each other of corruption in a case being investigated by the agency.

Around 2 am, Nageswar Rao, took charge and signed off on the transfer of 10 on Mr. Verma’s team.

Mr. Asthana remains on forced leave and there is no decision on the transferred officers.

The government had justified its move in court saying it had no option but to send both officers on leave to protect CBI’s integrity and image since they were fighting like “Kilkenny cats”. The Central Vigilance Commission, which had recommended sending away the CBI boss, said: “extraordinary situations need extraordinary remedies.”

The Supreme Court had also asked Mr. Verma to respond to a vigilance report on him based on Mr. Asthana’s accusations. The CBI Director was a defendant by Mr. Asthana of taking the bribe from a Hyderabad-based reputed businessman being investigated by the agency. Mr. Verma has defendant Mr. Asthana of an equivalent crime.