Amid the longest government shutdown in US history, a majority say Donald Trump bears more responsibility for it than the Democrats in Congress, and the President’s disapproval rating has climbed five points since last month, according to a new CNN Poll conducted by SSRS.

Negotiations between the President and congressional leaders have stalled as neither side seems willing to budge on funding for a wall along the border with Mexico. That proposal remains deeply unpopular with the public, according to the poll. Overall, 56% oppose a wall, 39% favor it. That’s almost exactly the same as in December. And less than half view the situation at the border as a crisis (45% say it’s a crisis, 52% that it is not).

Among those who do see the situation as a crisis, most feel that a border wall would help improve things. The subset who feels that way, however, amounts to only 31% of US adults.

All of these results are sharply divided along party lines. Nearly 9 in 10 Democrats oppose a wall along the border while 8 in 10 Republicans favor one. Seven in 10 Republicans say the situation at the border is a crisis and two-thirds believe a wall would fix it, while about three-quarters of Democrats say there is no crisis, and just 4% feel that there is one that a wall would help improve.

Overall, the President’s approval rating in the poll stands at 37% approve to 57% disapprove. Disapproval has risen five points since December, while his approval number has held roughly the same. Trump’s current approval rating matches Ronald Reagan’s at this point in his presidency. January of 1983 was the only time during Reagan’s tenure when his approval rating fell below 40%, according to Gallup. Trump has hit a low point of 35% in CNN’s polling two times — in December 2017 and February 2018 — and has been at 40% or above just nine times out of the 20 CNN has polled on it.

The increase in disapproval for the President comes primarily among whites without college degrees, 45% of whom approve and 47% disapprove, marking the first time his approval rating with this group has been underwater in CNN polling since February 2018. In December, his approval rating with whites who have not received a four-year degree stood at 54%, with 39% disapproving. Among whites who do hold college degrees, Trump’s ratings are largely unchanged in the last month and remain sharply negative — 64% disapprove and 32% approve.

Those whites who do not have college degrees remain in favor of a wall along the border with Mexico (51% favor it, 46% oppose it), but they tilt toward blaming the President for the government shutdown (45% say he is more responsible for it, 39% the Democrats in Congress). 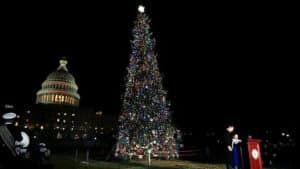 The CNN Poll was conducted by SSRS January 10 to 11 among a random national sample of 848 adults reached on landlines or cellphones by a live interviewer. Results for the full sample have a margin of sampling error of plus or minus 4.1 percentage points, it is larger for subgroups.

Top Reasons Behind The Success of Real-Time Casino Gambling

Why Should You Join Betting And Gambling Websites?