NEW DELHI: Prime Minister Narendra Modi on Tuesday said it would be “a big mistake” to think that Pakistan would “start behaving” after just one “surgical strike” operation, underlining that it will take a long time to rein in India’s western neighbour.

Talking about the surgical strikes conducted by Army’s Para-Special Forces against four terror launch pads in Pakistan-occupied-Kashmir in the intervening night of September 28 and 29, 2016, Prime Minister Narendra Modi said he knew he was taking “a big risk” with the cross-border operation.

Prime Minister Narendra Modi said that he never cared about any political risks to him. His biggest consideration was the safety of the country’s soldiers (the Para-SF commandos) in the morning (of September 29). He had given clear orders that they all should come back (to the Indian side across the LoC) before sunrise, irrespective of the success or failure of the mission.

He added that in the morning, the information flow stopped for an hour. His anxiety increased. That time was extremely difficult for him. Then came the information that they have not reached back yet but two-three units had reached the safe zone, it was nothing to don’t worry. But he told that he won’t be fine till the last man had returned. 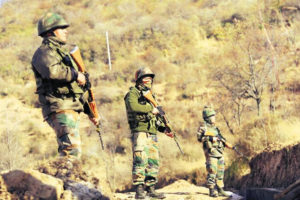 Though the surgical strikes were tactically successful in killing several terrorists, along with some Pakistan army soldiers co-located with them, there has also been criticism that they achieved little strategically since Pakistan did nothing to stop its active support to cross-border infiltration and terrorism.

Many military experts have also expressed unease at the politicisation of the surgical strikes, stressing that such covert military operations should not be unnecessary publicised to score points in domestic political battles.

The PM, in his interview to the news agency, said it was natural for Pakistan to deny that the strikes had even taken place to keep the morale of its armed forces intact. But there were some political parties in India who began to speak the same language as Pakistan. “Politicisation started from that point,” he said.

The PM said the surgical strikes were planned as there was a “rage” building up within him as well as the Army after 19 soldiers were burnt alive in the terror attack in Uri on September 18 that year. “The surgical strikes showed the might of our armed forces,” he said.