The UK economy expanded at its slowest annual rate in six years in 2018 after a sharp contraction in December.

It blamed slower factory output and car production for the slowdown, among other factors.

It follows forecasts of slower growth in 2019 due to Brexit uncertainty and a weaker global economy.

Head of GDP at the ONS, Rob Kent-Smith said: “GDP slowed in the last three months of the year with the manufacturing of cars and steel products seeing steep falls and construction also declining.

“However, services continued to grow with the health sector, management consultants and IT all doing well.”

The ONS said the figures reflected a slowdown across a number of industries, as Brexit-related concerns weighed on business spending decisions. 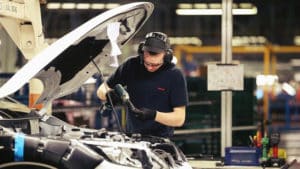 In the final quarter of last year, it found car manufacturing declined at its steepest rate in just under a decade, slipping 4.9%.

Britain’s dominant services sector expanded, however, although growth slowed to 0.4% following a strong performance during the summer.

Tej Parikh, senior economist at the Institute of Directors, said: “The ongoing uncertainty around what happens after 29 March is the prime suspect behind sapped economic activity.

“There is currently a drag on growth as some businesses are forced to hold back on major investments and engage in cautionary stockpiling.

“The first half of 2019 will bring further challenges for the UK economy. China’s slowdown and weak growth in Europe are likely to bite at British exporters.”

Delta Corp – Will They Join The Growing Sports Betting Scene?