Prime Minister Narendra Modi has launched a unique and indigenously developed ‘Nation Common Mobility Card’ (NCMC). With the help of this card people can pay multiple kinds of transport charges across the country like metro services, toll charges. They can be used as smart cards of Metro Rail to enter into the platform. This can also be used in PoS machine at ticket counters. This is like a wallet. All Debit and Credit cards issued by banks this feature of ‘Nation Common Mobility Card’ to make travel payments. Delhi metro has already started Automatic Fare collection counters (AFCS), that can read these cards and easy entry and exit at stations. New Metros will get these AFCS and the already existing ones will gradually be replaced. India is one of the few countries with its own technology for AFCS and once its use starts significantly the prices will automatically slash down.

While inaugurating the first phase of Ahmedabad metro service from Vastral to Apparel Park the ‘One Nation One Card’ service was launched. Modi ji also launched this Card. It is actually going to eliminate the change crunch and make travelling hastle free, like the roads, through out the country. 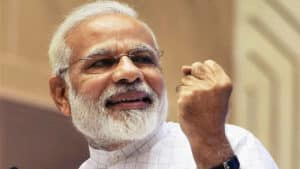 Initially different states had different card system even it varied from city to city in one single state but by the collaboration of various ministries, departments and even banks dream of ‘One Nation One Card’ was resolved. With this indigenously developed card India does not have to be dependent on foreign technology anymore.

The Ministry of Housing and Urban Affairs has officiated that this indigenously created payment mode consists of the integrated card called Sweekar which collects the fare automatically and a gate and card reader call Swagat.

Calling this card as ‘Made in India’ Modiji said that “ India is one of the few countries which have this technology of ‘One Nation One Card’ system. A committee was formed comprising of members from National Informatics Centre (NIC), the Centre for Development of Advance Computing (C-DAC), the Bureau of Indian Standard (BIS). The National Payment Corporation of India(NPCI) and the Ministry of Finance. Their combined brainchild is this agnostic interoperable ecosystem – the National Common Mobility Card.