Celebrated actor Albert Finney passed away today at the age of 82 after a short illness. The actor, who made a mark for himself as one of the leading actors of Britain, was suffering from kidney cancer since 2011.

The news of the death of the legendary star, who had acted in more than 60 films, was announced by a family spokesperson.

The Oscar-nominated star, who was born in Salford in 1936, was a son to a book-maker. According to Guardian, he was encouraged by his headmaster to pursue the art of acting.

Finney shot to fame as the star of Saturday Night and Sunday Morning. With the role, he also came to be known as the cinema’s original young man.

His role became extremely popular in the film and had a key part in forming the ‘period of angry cinema’. He was also known for his work in theatre and was cast in a lot of Shakespeare plays.

His first film appeared on the silver screen was with The Entertainer in 1960, where he was cast with Laurence Olivier. 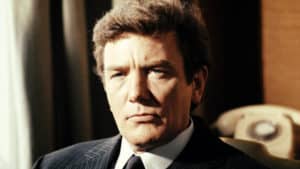 Towards with his contemporaries Peter O’Toole, Richard Harris, and Richard Burton, Finney helped define a period where the movie business’s cultural axis shifted in the direction of the U.K. He was also part of a new wave of British talent that offered a tasty brand of hell-raising sex appeal. It was a movement that casks off the stuffier, full approach to drama popularized by Laurence Olivier and John Gielgud and replaced it with something that was distinctly blue collar and smoldering.

In a 1956 review of a now-forgotten play, “The Face of Love,” British critic Kenneth Tynan called Finney “a smoldering young Spencer Tracy…here is an actor who will soon disturb the dreams of Burton and Scofield.”

“Apart from being effortlessly great he was also a great, all-round example of how to behave”