Mahesh Babu, who is hailed as Prince of Tollywood, became the second Telugu actor, after Prabhas, to get a wax statue carved at the prestigious Madame Tussauds museum. Word has it that his statue is currently kept in Singapore.

The idea behind this move is that Mahesh Babu himself can officially open his statue. Plans are on to keep his statue at his theatre, AMB Cinemas, in Hyderabad.

A source told English daily, “His fans and followers could get a chance to see the statue. It would be kept for a whole day at the newly constructed multiplex AMB Cinemas, which is co-owned by Mahesh Babu. The date is yet to be finalised but it will be somewhere in the last week of February.” 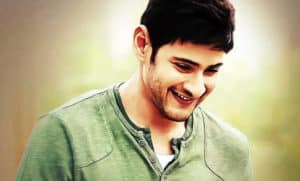 Mahesh Babu is presently busy with the shooting of his 25th film Maharshi, directed by Vamsi Paidipally. The film, which is slated to hit the theatres on April 25, has Pooja Hegde as the female lead.

Last year the statue of another famous star, Baahubali actor Prabhas, was inaugurated at the Madame Tussauds Wax Museum in Bangkok. Seen there in his Amarendra Baahubali avatar, Prabhas became the first south Indian actor to have a wax statue at Madame Tussauds.

Mahesh Babu is now creating magic on the screen with his recently released film, Bharat Ane Nenu, directed by Koratala Siva. A political thriller completely where Mahesh Babu is seen playing a politician for the first time in his career in the film. His fans have, therefore gone gaga over seeing him as the chief minister on the silver screen, which is touted to be one of the reasons for film’s huge success.