In smartphones all over the world, the notch can be called a small ‘cut out’ on the screen. The purpose of the notch is to still have the front camera, along with other front sensors, without having to sacrifice surface real estate, and to still maintain an edge to edge screen display. While this may seem like one of the best things to have been implemented in smartphones in recent years, there are people around the world who claim to do no less than vehemently hate the notch, as thousands spread all over the world have called the notch a very intrusive implement. In fact, the decision to implement the iPhone X inspired notch in the OnePlus 6 is the most controversial design choice the famous smartphone manufacturer has made for some time.

OnePlus is expected one of the very top companies at the Mobile World Congress 2019 in Barcelona, as they are expected to unveil their new OnePlus 7. While there are confirmed reports of a revolutionary new design by the company, OnePlus has not yet confirmed the existence of something called the OnePlus. However, quite recently, there was an alleged leak where a photo of the newly developed ‘OnePlus 7’ was released. In the eyes of most consumers around the world, the smartphone looks absolutely dreamy, because as rumored, there is absolutely no sign of a notch. 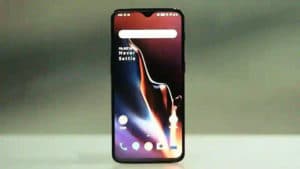 The newly developed phone, which is popularly called ‘OnePlus 7’, is expected to run the IMX 589 processors, which is one of the best processors out there on the market right now, and as a result will be able to support a 48 megapixel camera, a fact that has made photography enthusiasts around the world delighted.  Ipad Repair is the latest mobile Tablets & Cell Phones repair site that repairs at prices that fits budget.

Alongside their much awaited ‘OnePlus 7’, OnePlus is also expected to unveil a 5G phone. While almost no details have been released about this second phone, reports of its existence have been confirmed by the company. OnePlus, a company that likes build-up for its products, has sent out media invites to many people, and has given the tagline ‘Reimagine the future with OnePlus.’  repair the latest mobile Tablets & Cell Phones at prices that fit our customers budget.