The media war between India and Pakistan has always been one of the most heated arguments between the two nations, and has managed to attract the attentions of some of the most famous and reputed people on both sides of the argument. Lately, many media personalities with ties to opposing countries (such as Sania Mirza, an Indian who married a Pakistani National) have come under attack by both the politicians and media outlets.

BJP MLA, T. Raja Singh, has put forth the proposal to sack Sania Mirza as the brand ambassador of Telangana, demands BJP MLA. Sania Mirza is one of the most well known tennis stars to have come out of India, and made quite a name for herself as a leading sports personality in India. However, T.Raja Singh, the BJP legislator, calls her ‘Pakistan’s Bahu’ due to the fact that she chose to marry the Pakistan Cricket Team Captain. Pakistan’s bahu means ‘Wife of Pakistan’, and with the recent anger against Pakistan, this basically makes Sania Mirza sound like a supporter of Pakistan, and by extension of the Pulwama attack. 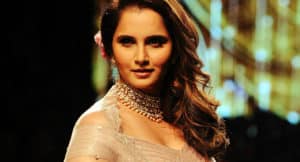 The reason for the vehement comments Singh makes for Sack ‘Pakistani Bahu’ Sania Mirza as Telangana brand ambassador is The Pulwama Attack, where 40 Indian soldiers were killed by a suicide bomber, and has made India enraged, since the fact that the terrorists were Pakistan-backed is quite well known. This has resulted in India trying to cut off all connections and communications with Pakistan, and has brought Sania Mirza under fire by T. Raja Singh, along with many other personalities.

Singh, who has spoken vehemently on the topic, says that while India is doing its best to cut off ties with Pakistan, having Sania Mirza, the wife of a Pakistan national, as the brand ambassador of Telangana would not be appropriate, and would undermine the progress India has made in cutting off ties with pakistan. He goes on to recommend other sports personalities such as PV Sindhu and Sania Nehwal, for the position of brand ambassador.

Why Use Betting Apps When Wagering from California?