India forecast its economy will grow more than 7 percent in the current financial year ending in March, giving some relief to Prime Minister Narendra Modi who seeks a second term in national elections to be held by May.

Annual economic growth had fallen to a worse-than-expected 7.1 percent in the July-September quarter, from 8.2 percent in the previous quarter, dragged down by a slower consumer spending and farm growth, posing a risk to Modi who plans a populist budget to win back voters.

With the fall in global crude oil prices and strengthening of the rupee in recent weeks, the Modi administration plans to prop up rural demand through higher state spending and a financial package for farmers in the annual budget to be presented on Feb.1.

Gross domestic product is estimated to grow 7.2 percent in 2018/19, faster than a provisional 6.7 percent growth in 2017/18, Ministry of Statistics said in a statement.

Manufacturing is now forecast to grow 8.3 percent this fiscal year compared with 5.7 percent in the previous year. Farm output may grow 3.8 percent, up from 3.4 percent.

Most private economists have already lowered India’s growth forecast to around 7 percent for the 2018/19 fiscal year, compared with the Reserve Bank of India’s earlier estimate of 7.4 percent, citing weakening consumption and a slowdown in credit offtake. 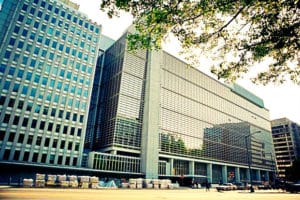 “Sequential growth has slowed down across the board. Slowdown in manufacturing, construction and select services are the main reasons for slowdown seen in 2018/19,” said Rupa Rege-Nitsure, chief economist at L&T Financial Holdings Ltd.

She said the government could prop up rural demand ahead of the elections and the first half of 2019 could remain volatile due to political uncertainty and global headwinds.

Having swept to power in 2014 promising to galvanise the economy, Modi has been criticised for failing to create enough jobs for the more than 12 million young Indians entering the labour force each year.

India needs growth of 8 percent-plus to generate enough jobs for those workers.

The unemployment rate shot to a 27-month high of 7.38 per cent in December and numbers of those employed fell by about 11 million over the last 12 months, data released by the Centre for Monitoring Indian Economy, a Mumbai-based think tank, showed.

The statistics office will release economic growth data for the October-December quarter on Feb. 28, along with revised full-year growth estimates.

What is Zero Depreciation Cover for Two-Wheeler Insurance