Skip to content
Contents hide
Fellows have Been Sentenced to Serve Life in Prison.
Richard

In the past, data from Echo smart speaker and Apple smartwatch has been used for solving murder cases. And now, a Garmin smartwatch has helped to nab a man who has been accused of killing two men in the United Kingdom. The man was apparently nabbed after cops collected the GPS data from a smartwatch that suspect was wearing. The watch showed that the murder suspect had apparently gone to the victim’s house hours before he reportedly killed the person.

According to a report by the Liverpool Echo, data from a Garmin Forerunner watch was recently used as a critical piece of evidence against underworld hitman and runner Mark ‘Iceman’ Fellows who have been accused of killing an organized crime leader Paul Massey and his associate John Kinsella in 2015.

Manchester police, while investigating the twin murder case, noticed Fellows sporting a GPS smartwatch while running the Great Manchester run 2014 following which they decided to search his home to find the watch.

Upon examining the data from Garmin smartwatch further, the police discovered that on the day of Massey’s murder, Fellows initially traveled at a speed of about 12mph, suggesting that he had a bike, following which his speed dropped to 3mph, which indicates that he could be walking at the time. The hitman then stopped for about eight minutes. 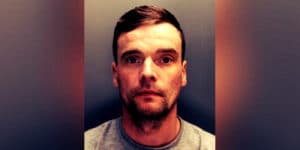 The Manchester police used this data as a piece of evidence to show the escape route Fellows had taken after gunning down Massey in his own driveway.

Fellows have Been Sentenced to Serve Life in Prison.

As mentioned before this is not the first incident wherein a smart home device has been used for nabbing criminals. Last year in November, recordings from an Amazon Echo smart speaker were used for solving a twin-murder case dating back to January 2017 wherein two women– Christine Sullivan and Jenna Pellegrini- had been found dead in a home in Farmington, United States.

In yet another case, data from Apple Watch helped in solving the murder mystery in Adelaide, Australia back in September 2016. The data from heart rate monitor helped the police determine that the victim Myrna Nilsson had died following an ambush attack and not a home invasion as suggested by her daughter-in-law Caroline Nilsson, which in turn helped them nab the convict.