The great Chinese electronic gadget manufacturer, Huawei on this Friday announced that their latest Android pie 9.0 based operating system would be rolling out on their Flagship phones P2 Pro and Nova 3 with the latest and updated user interface or UI. All kinds of full-screen gestures will also be added and updated in the latest over the air update from the next week in India.

Huawei EMUI, previously knows as the Emotion UI is an only user interface that most of the Chinese manufacturers use in their device and Honor series.

The latest and updated OS comes with the features like:

The updated EMUI 9.0 would bring a better and faster response from the device that is the device would be around 12.9% faster than usual. The update would bring about quicker application launch, consolidated menus, combined and unified design language, gesture-based navigation and device Artificial Intelligence.

The EMUI 9.0 I would reach its users with added features like 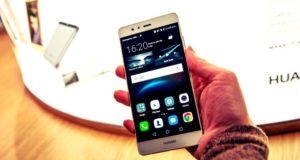 The smartphone video player has also added the GPU Turbo 2.0 in the EMUI 9.0 update which is well known as the next generation graphic formation and processing acceleration technology.

The latest EMUI 9.0 is coined as the first UI from the Chinese manufacturers which can both support and process all the types of Live scene detection and NPU based professing claims the company. The latest update on the Operating system is slowly being rolled out in parts and phases so to avoid server congestion. So you have to wait a little bit to get the whole update. You can regularly check for updates for your smartphone by tapping the smartphone update feature.

So to update your phone manually, go to the settings button, about the phone and then click on software update. Is an update is available at that time it would be shown on your screen. You can use your mobile data or your Wi-Fi to download the update after which your device would restart soon after installing the update.

4 Effective Tips To Protect Your Financial Data From Frauds

Improving Cloud Storage Security: How Secure is Your Cloud-Based Data

Where to Buy CBD Gummies?