The Reserve Bank of India (RBI) is expected to cut interest rates again next quarter, according to a Reuters poll of economists, with a slim majority forecasting policy easing to occur before the general election in May.

A Reuters snap poll taken immediately after Thursday’s policy review – where the RBI unexpectedly reduced interest rates by 25 basis points – showed the central bank will make the same move next quarter. That would take the RBI’s repo rate to 6.00 percent, its lowest since the middle of last year.

Another easing would be welcome news for Prime Minister Narendra Modi’s government, which wants to boost growth and lift lending after delivering a populist interim budget in an effort to woo over 900 million eligible voters.

When asked if the central bank under new Governor Shaktikanta Das was likely to cut again before the national election, just over half, or 30 of 54 economists said yes.

“Governor Das’ remark that ‘there is room to cut’ suggests this is not a one and done easing,” said Radhika Rao, economist at DBS Bank. “We revise our call to include a 25 basis points cut in April, before rates stabilise.”

While inflation data for January due to be released early next week is forecast to have nudged up slightly, it is still expected to remain below target for the sixth straight month, supporting the central bank’s U-turn in policy from a months-long tightening bias.

But the disparity between core inflation, which is running closer to 6 percent, and the headline figure remains wide.

“Given core-inflation is already quite high, we see headline inflation rising sharply towards the end of the year. So, what he (the RBI governor) has done, is cut interest rates in response to a temporary fall in the headline rate, which at best seems quite short-sighted,” said Gareth Leather, senior Asia economist at Capital Economics.

“He is under a lot of political pressure to cut monetary policy rates and that is the reason he has done it.”

While some economists did argue that the key driver of expectations for a further rate cut ahead of the election is pressure from the government, about 85 percent of respondents who answered a separate question said the one just delivered was not a mistake.

“The rate cut was due, but the timing was a surprise. They front-loaded the rate cut, which was the surprise element. With downside risks to growth, and inflation well within the comfort zone of the RBI, and real interest rates high, a rate cut was expected,” said Upasna Bhardwaj, senior economist at Kotak Mahindra Bank.

After the predicted follow-up cut next quarter, the RBI Monetary Policy Committee (MPC) was forecast to keep interest rates on hold at least until the fiscal year starting April 2020. 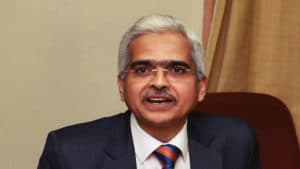 That suggests it is not the start of an easing cycle – something over 55 percent of economists concurred with in response to an additional question.

“A decisive change in tone, with even the perpetual (MPC) hawk – Dr. Michael Debabrata Patra – joining the rate cut camp, gives further credence to our view that one more cut is on its way,” said Madhavi Arora, economist at Edelweiss Securities.

“However, further easing beyond April will see the bar set a tad higher.”

In recent weeks, other major central banks have also sharply reversed policy in the face of rising growth risks, with pressure on businesses most notably stemming from a U.S.-China trade war. That has prompted the U.S. Federal Reserve, the European Central Bank and the Reserve Bank of Australia, to switch to a dovish stance.

Referring to that policy shift by global central banks, Vishnu Varathan, head of economics and strategy for Asia at Mizuho Bank said: “The RBI may prove to be famously prescient on this one and may well be ahead of the curve. It is not a curve I want to see.”

“But for me with the evidence in hand, it looks more like a gambit than a calculated policy decision.”