Customers have to shell out more to buy Maruti Suzuki cars as the country’s largest carmaker has hiked prices of its vehicles across all models, except the latest version of Ertiga, by up to Rs 10,000. The auto major stated that it increased the prices due to higher commodity costs and adverse foreign exchange situation.

“Maruti Suzuki India on Thursday announced a price change for select models owing to the increase in commodity prices and foreign exchange rates, etc,” the automaker said in a statement. The revised prices will come into effect from January 10, 2019.

To recap, in December 2018, the company had mentioned it would raise prices across various car models in January to mitigate the impact of high commodity prices and foreign exchange rates. However, the company didn’t divulge any information regarding the quantum of increase. 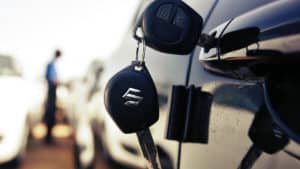 Toyota Kirloskar Motor, the local unit of Japan’s Toyota Motor, said it has increased prices by up to 4 percent from January 1. Ford India, too, has raised prices across its portfolio in the range of 1-3 percent. “Prices of Ford India’s vehicles were increased between 1 percent and 3 percent on January 1, 2019. The price change was necessitated by rising input costs and fluctuations in exchange rate,” according to ET which cited Ford India statement.

In other news, Maruti Suzuki has released an official teaser for the approaching new generation Maruti Suzuki WagonR. It also does a good job of acting on a number of its flaws like safety, more powerful engines and looks.