‘If no bill, No tips please, your meal is free’ – printed on a tin plate with a rate list of the menu be publicly displayed on trains by March this year, railway minister Piyush Goyal has instructed all zonal railways to ensure transparency in catering services.

Speaking at a high-level review meeting with senior railway officials on Thursday, Goyal also issued directions that a single helpline number for all non-security complaints be developed for the convenience of passengers by the end of January 2019.

He said that WiFi connectivity should be extended to 2000 stations from the present 723, even offering a reward for those Division Railway Managers who achieve early completion of WiFi works at stations, a senior official present in the meeting said.

“The Minster also advised that PoS (point of sale) machines with swipe and bill generating machine should be distributed in all trains to each catering staff and TTEs by March 31, 2019. He said that this will take care of the complaints of overcharging by the caterer. 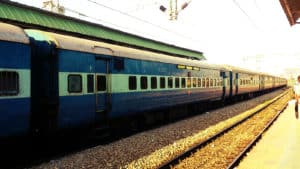 ‘All trains with catering facility should have rate list displaying prices of menu inclusive of GST and printed on a tin plate by March 2019. The following lines also to be written on the tin plate – If no bill, no tips please, your meal is free,’ the official said.

While reviewing the performance during the current year so far, the minister gave directions for the roadmap of forthcoming January-March 2019 quarter and said that it was necessary to monitor the progress and suggested that an integrated dashboard portal displayable on a screen should be put in place by January 15.

Taking note of substantial progress in the construction of Dedicated Freight Corridor, Goyal said commissioning of 777 Kms of both eastern and western DFC should be ensured by the end of February 2019.

The meeting was attended by the entire Railway Board, all General Manager of Zonal Railways and Divisional Railway Managers (DRMs) of all the 68 Railway divisions. The DRMs were linked through Video Conferencing.

The minister also instructed that the 3D Digital Museums at 100 stations be completed before February 15.