The deadline for filing summary sales return GSTR-3B has now been extended till October 25th, 2018.  In the wake of this extension, now business who wished to claim input tax credit now have more days as they can do the same till October 25. The reason that has surfaced for this decision is that Central Board Of Indirect Taxes and Customers has told the media that trade and industry had negative feelings about 20th October, that was initially decided for claiming ITC under GST for July 2017 to March 2018.

Also, it was also clear on Tweeter as Central Board of Indirect Taxes and Customs Tweeted that in order to give some more time to media and trade industry for claiming ITC under GST, the date is going to be extended to 25th October 2018. 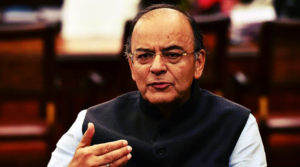 Also, a statement that is given by Finance Minister also proclaimed that the taxpayers who have currently migrated from the initial tax system to GST system, for them the last date to avail ITC will be 30th December 2018. This is a big relief to newly migrated taxpayers.

Abhishek Jain, EY taxpayer gave opinion that the industry players who were struggling to get FY 17-18 GST will now have some relief. He also added that the date should be extended till 20th November 2018 so that credits can also be claimed in October returns. Whether government would further go on and exceed the date as suggested by Jain or not will be known in the coming five days.