Chinese media app, TikTok launched a new safety feature for its platform, giving Indian users more account management control on its platform, video-sharing, allowing users to filter self-defined words in Hindi and English from the comments section. The feature is named ‘Filter Comments’ and as the name suggests, it will automatically remove up to 30 user-defined words from the comments section of the post. TikTok also said that the users can also change the listed words when they want to what they want.

The safety feature comes as part of TikTok India’s #SafeHumSafeInternet and #BetterMeBetterInternet campaigns launched in partnership with the Cyber Peace Foundation to mark the Safer Internet Day (SID) on February 4.

Earlier, the users were able to decide who can comment and react on their videos or send them any messages. The app also had given users the option to see and choose who can download their content from the app. The users will get full control over their profile and who will be able to view it. All these setting came in the app’s existing privacy and safety setting. Seeing its huge Indian user base, TikTok said that it was ‘committed to maintaining a safe and positive in-app environment for its users in India’. 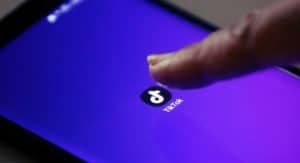 Recently, the app faced massive backlash and criticism from the political party Rashtriya Swayamsevak Sangh’s (RSS) economic wing Swadeshi Jagran Manch (SJM) demanding a ban on TikTok. Following suit, many people too demanded bans on China related apps and games like the ever-popular PUBG and TikTok to name a few. The plea of the ban heightened after the Jammu and Kashmir’s Pulwama attack where 40 CRPF soldiers were killed in a deadly suicide bomb attack. But a swift search on the TikTok app showed that Hindu chauvinistic content is very popular among the Tik Tok users. While a search for #Ayodhya showed 14.1 million views, the RSS tag had nearly 64.5 million views itself.

To sum it all, TikTok has more than 54 million monthly Indian users with the numbers increasing constantly. It was launched back in 2016 with another name ‘Douyin’ by ByteDance, at first it was launched in China and in 2017 it was pushed out for the international markets.