Indian football team striker Jeje Lalpekhlua rued the country’s crashing out of the ongoing AFC Asian Cup and said it could have done better in the continental showpiece event.

The Indian team was on the verge of booking a maiden knock-out round berth but conceded gold via penalty at the far end of the group match against Bahrain. India needed a draw to reach the Round of 16 but lost 0-1 to Bahrain to exit from the tournament.

‘We gave our 100 percent in every match. But we could have done better. Not qualifying out of the group stages is a setback for us. But it shows anything can happen in football,’ Lalpekhlua said.

‘It was a very difficult match against Bahrain and it was unfortunate the way we lost. However, that is life in football, and the important part is the experience earned by the young players that will give dividends in future,’ he said by the official website of All India Football Federation. 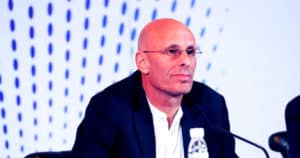 India outplayed Thailand 4-1 in the opening match to notch up their first win in the Asian Cup since 1964. Thailand eventually qualified for the Round of 16 where they lost to China.

“Our biggest achievement was the win against Thailand,” said Lalpekhlua, who had scored India’s fourth goal in that match.

“But we have to make Asian Cup qualification a regular feature. Now we need to focus to do well in World Cup Qualifiers, followed by yet again qualifying for the Asian Cup [for 2023],” said the player from Mizoram.

India had qualified for the Asian Cup after an eight-year hiatus. Their previous appearance was in 2011 in Doha where they had lost all their three group matches by big margins.

“The sleeping giant is now awake. We have shown to all in Asia that we belong on the same page as them. Our performance in the Asian Cup has improved tenfold, and it can only get better from here as young players have been given the needed experience. Indian football can go only upwards from here towards a brighter future,” Lalpekhlua said.