Rep. Elijah Cummings, ranking member of the House Oversight Committee, said Sunday that caravan migrants seeking asylum should be able to enter the country immediately, challenging President Trump’s efforts to keep them in Mexico while their cases are processed.

“That’s not the law. They should be allowed to come in, seek asylum. That’s the law,” Mr. Cummings said on NBC’s “Meet the Press.” 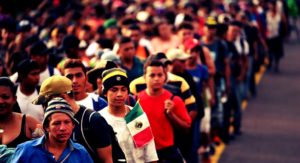 Asked if he would support changing the law, the Maryland Democrat said, “No.”

Mr. Trump is seeking a deal with Mexico in which the thousands of asylum-seeking migrants massing on the southern border would remain there until their applications are approved, insisting he will close the border if necessary. Read More