Netflix has been criticised for removing an episode of a satirical comedy series in Saudi Arabia because it was deemed critical of the kingdom’s rulers.

Mr Khashoggi, a vocal critic of the kingdom’s royal family, was killed at the Saudi consulate in Istanbul in October.

Netflix confirmed to the Financial Times it had pulled the episode after receiving a complaint from the kingdom’s Communications and Information Technology Commission that it violated Saudi anti-cybercrime law.

The streaming giant said that they strongly supported the artistic freedom and removed that episode only in Saudi Arabia after they had received a valid legal request – and to comply with local law.

The episode in question is reportedly still available in Saudi Arabia on YouTube. 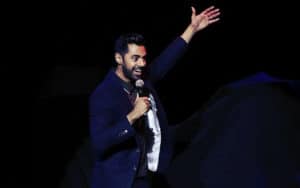 In it, Minhaj criticises Saudi Arabia for Mr Khashoggi’s death and the country’s involvement in the ongoing war in Yemen.

Saudi Arabia has charged 11 people with the death of Mr Khashoggi, though strongly denies that the crown prince ordered the killing.

In December, the US Senate passed a resolution saying the crown prince is responsible for the death.

She tweeted that Hasan Minhaj of patriot act had been a strong, honest and (funny) voice challenging Saudi Arabia Mohammed bin Salman in the wake of Khashoggi’s murder. He brought awareness about Yemen.

It was Quite outrageous that Netflix has pulled one of his episodes critical of Saudi Arabia.

Saudi Arabia has charged 11 people with the death of Mr Khashoggi, though strongly denies that the crown prince ordered the killing.