The IPL is by far the most well-known cricket tournament to take place in India and is truly the time when cricket fans across the nation go crazy, as the IPL is considered to be the finest pan-India tournament. A display of some of the very best cricketing skill in the country, the IPL teams have some of the most talented cricketers in the country, with special focus being put on MS Dhoni and Virat Kohli, the two most famous cricket players in the entirety of India right now. While fans of these two (who are spread all over the nation) are anxious to see them in action again, the opening schedule has created a massive amount of gossip in the country.

In the opening schedule for the 2019 IPL Tournament, the defending team, the Chennai Super Kings, who are led by MS Dhoni, will be facing off against the Royal Challengers Bangalore, who are, on the other hand, captained by Virat Kohli. Due to the immense and intense fame of these two players, it is the opening schedule of the IPL Tournament that has fans all over the country shocked and surprised, as the country’s two best players are suddenly pitted against each other. The initial schedule is spread over 14 days, and contains three double headers on weekends. 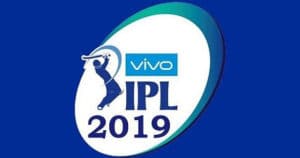 The remaining schedule, of something close to 43 games, has still to be announced, and has been held back for now, due to several reasons, with the largest being the Lok Sabha polls which will be taking place quite recently. The Cricket has opted to wait for the Election Commission to release the dates for the polls before deciding the dates for further matches and games. However, the Cricket Board has also promised to release the dates quite soon, and is expected to release them sometime during the coming week. People speculate that the elections might begin on 5th April, the day immediately after the last announced match date, 4th April.