Good news for all those who have been waiting for the trailer of PM Narendra Modi’s biopic. Well, it is out now and it is as good as it can get. From being a ‘chaiwala’ to the PM of India – the trailer of the biopic of PM Narendra Modi starred by Vivek Oberoi perfectly portrays the journey of Prime Minister while predominantly focusing on patriotism and his love for the country.  The film features Vivek Oberoi who will play the titular character and we have to say that the actor has played the PM quite well.

Produced by Suresh Oberoi and Sandip Singh’s Legend Global Studio, the film has been helmed by Omung Kumar who is known for films like Bhoomi, Sarabjit and Mary Kom. While the film was earlier releasing on a different date, it is now being released on April 5. And, while we are still waiting for the movie to release as soon as possible, the trailer gives us a good glimpse of how it is going to look like.

The film has been hitting the headlines ever since the poster of the movie dropped. At the poster launch event of the film, producer Sandip Singh said, “The starting point for the project was the very thought of making a film on the prime minister. A squad of around 12-15 researchers have been working on the film for the past three years.” 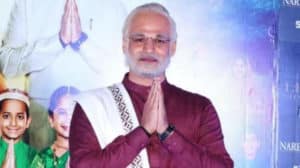 While the film has been written by Singh and screenplay by Anirudh Chawla, the dialogues of the biopic have been written by Harsh Limbachiya who is known for his work in Indian television.

Apart from the trailer, news has also surfaced related to the film. In the PM Modiu biopic, Vivek will be sharing screen space with his dad Suresh Oberoi. “Suresh Oberoi’s character in the film is of a saint. Though a fictional character it is yet extremely important one,” producer Sandip Singh revealed in a statement. “Who better than the veteran actor Vivek Oberoi who has been a part of more than 100 films to play a role like this?” added the producer.

The biopic, PM Narendra Modi will tell the journey of the Indian PM from being a poor chaiwallah to the Prime Minister of the country.

The Many Benefits of Air Track Mat: Why Gymnasts and Athletes Love Them