The beginning of 2019 also brings in new hopes of your favorite character in Game of Thrones spared by George R. R. Martin, so they say. This year is going to have some great shows churning out a new season, and you would be happy to know that Line of Duty is one of them. If Bodyguard kept you hooked in 2018 with its compelling narrative of corruption in the Police Department, Line of Duty could be the best follow up. Let us now look at the shows that are sure to keep you hooked to the TV and force you to figure out a workaround so that you do not miss a single episode of these.

Here are the returnees…

Among the ones that are making a much-awaited comeback, is the lavish portrayal of the royal family, The Crown. This show has been a great portrayal of the internal politics of the Royal family during the times of Queen Elizabeth II. Speculations about Helena Bonham Carter replacing Clare Foy in season three has been confirmed, and you are sure to find the Fight Club actress matching up to the exquisite acting skills of the supporting cast. Brooklyn Nine-Nine is finally scheduled to release later in January in the US after much apprehensions around it after Fox canceled the show in 2018. However, you would be a tad bit disappointed if you were a fan of the in-your-face humor of Gina Linetti (played by Chelsea Peretti) because the character has been pushed down a little in this season. 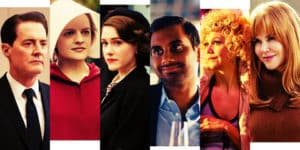 It is always difficult to say which show will be the most celebrated show of the year, but if we talk in terms of potential, His Dark Materials would surely be a dark horse in this category. With the audience already been served the appetizer of Bandersnatch, this rendering of Philip Pullman’s classic novel can be a showstopper. With Dafne Keen all set to play Lyra, the protagonist who gets tangled up in the mazes of the Universe, you can surely put your hopes high on this one.

Guide to Buying a Webcam for Streaming