Tennis icon Roger Federer decided to skip the complete clay season including the French Open. He wanted to give his best performance for Wimbledon. After two years he wants to play on the clay matches. The star gives his confirmation to participate in the upcoming Madrid Open. The 37-year-old star had focused only for Wimbledon. He withdrew himself from others matches due to this reason. After the fourth round of the Australian Open, the trend has been changed.

After his decision, the director of Madrid open Feliciano Lopez said that he is one of the greatest players of all time. The whole members of the club happy to hear the news. Joining of Roger Federer to the Madrid open will become a precious gift to the match. Besides this, the fan will be applauded to see an extraordinary player in the match. Lopez also said that the Swiss player Djokovic and Nadal will back on the clay matches, the moment would be unmissable.

The president of the tournament Manolo Santana said that the presence of Roger Federer in the ceremony of Caja Magica will give extra attention to the Madrid Open special. 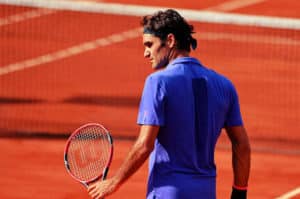 In spite of his age that is 37 year, he maintains his unmistakable classes. The performance of this star has been enhancing day by day. The undefined talent and sports performance have made him one of the greatest player of all time. Each and every sports lover will enjoy his matches, President Manolo added.